It’s that time of year again:

Time For a Cozy Cuppa Tea and a Great Read! 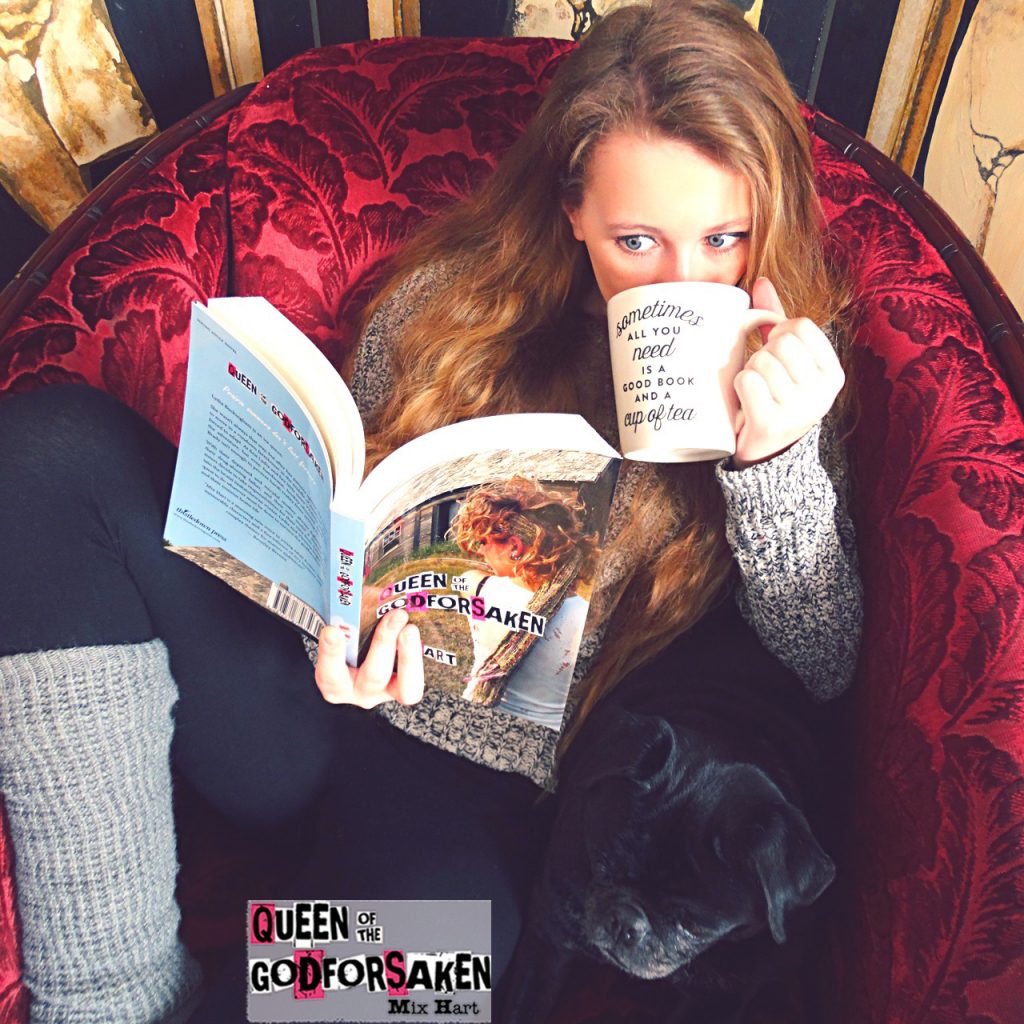 I am sharing a post of mine from a few years ago on the amazing tradition of drinking tea for all you tea lovers/readers out there.

The Art of Sipping a Cup of Steaming Tea While Reading an Epic Novel:

Tea has been a relaxing ritual for human kind for centuries. A cup of tea commands attention. One must sit, be still with one’s thoughts and sip it slowly. Savouring a cup of tea is a great way to encourage mindfulness and nurture one’s physical health as well. Tea is rich in the antioxidants, particularly flavonoids. There is nearly three times the amount of antioxidants in one cup of tea as compared to in one apple.

The origin of tea is debated but I will tell you about the legend that I like:

An Indian Prince, Bodhidharma, was studying Buddhism in the 6th Century. He travelled to China to spread Buddhist teachings and on his way (to stay alert) he chewed the leaves from tea bushes.

Tea remained a drink of Buddhist and Taoist priests in China. In 1191, A Zen Buddhist priest brought new tea seeds from China to Japan and the Japanese tea ceremony was born. The ceremony was based on the practices of Zen Buddhist Monks in China, who used tea’s stimulant properties as a meditation aid. Eventually, the tea ceremony spread to include lay practitioners as well as monastics.

The main tea producers and exporters in the world were traditionally China and India. However, today, African countries (Kenya, Malawi, Tanzania, Zimbabwe and South Africa) are the biggest exporters of tea with China and India not far behind.

With so many teas to choose from, a cup of tea will never get boring.

I will tell you a little about my favorite types of tea from various regions:

A large leaf, dried and smoked over pine fires.

Traditionally a blend of black China teas infused with natural oils of the citrus Bergamot fruit. Earl Grey tea is said to have been created for the second Earl Grey after a diplomatic mission to China.

To de-enzyme the tea leaves (to prevent oxidization from happening) the leaves are either steamed or pan dried. Finally, the tea is dried in hot ovens or over charcoal fires.

After it has been pan-fired to de-enzyme it, the leaf is rolled into small pellets and then dried.

Young tea buds and leaves from the Da Bai (Big White tea plant) are plucked and dried in the sun. The simplest process of drying tea.

Leaves are shaken in bamboo baskets to bruise parts of the leaf (to encourage leaf oxidization). When 60-70% oxidation is reached, the leaf is then dried.

Fermented green tea leaves are aged for up to 50 years in humidity.

Naturally Fermented Puerh Tea: fresh leaves are withered and then de-enzymed in a wok, twisted, rolled by hand, dried in the sun, steamed to soften and then left loose or compressed into various shapes. The tea is then stored to age.
Artificially Fermented Puerh Tea: follows the same process except after drying the tea in the sun, water is added and then the tea is left to age under hides (to ferment) for a few weeks. Then, the tea is steamed and prepared in the same way as naturally fermented tea. Except, instead of 50 years, the tea is aged for only a few weeks or months.

A green tea in which green leaves are steamed and then dried. It is a rare and prized green tea.

*If you want to try drinking more green tea, I recommend this one for its delicate, light flavour.

African teas from Kenya traditionally have a coppery tint and brisk flavour.

Darjeeling (The Champagne of Tea)

Grown in the Himalayan foothills, it is a much-prized, rare tea that is light with a delicate flavour and delicious aroma.

Grown from the base of the Himalayas to the Bay of Bengal, it is a full bodied tea with a rich malt flavour.

I drink tea all day long throughout the year. In the winter my tea is hot, except with my meals and then it is iced. In the summer, my tea is iced all day long except first thing in the morning. I drink loose leaf tea and steep a giant steel thermos each morning. I most often blend a mixture of green and black teas. I like to mix it up to keep things interesting.

I hope you take the time to fix yourself a cuppa after reading this post. I credit tea as a way of keeping body and soul together during each and every one of my days. Mornings are for working out, evenings are for meditation but my days are for reserved for tea.