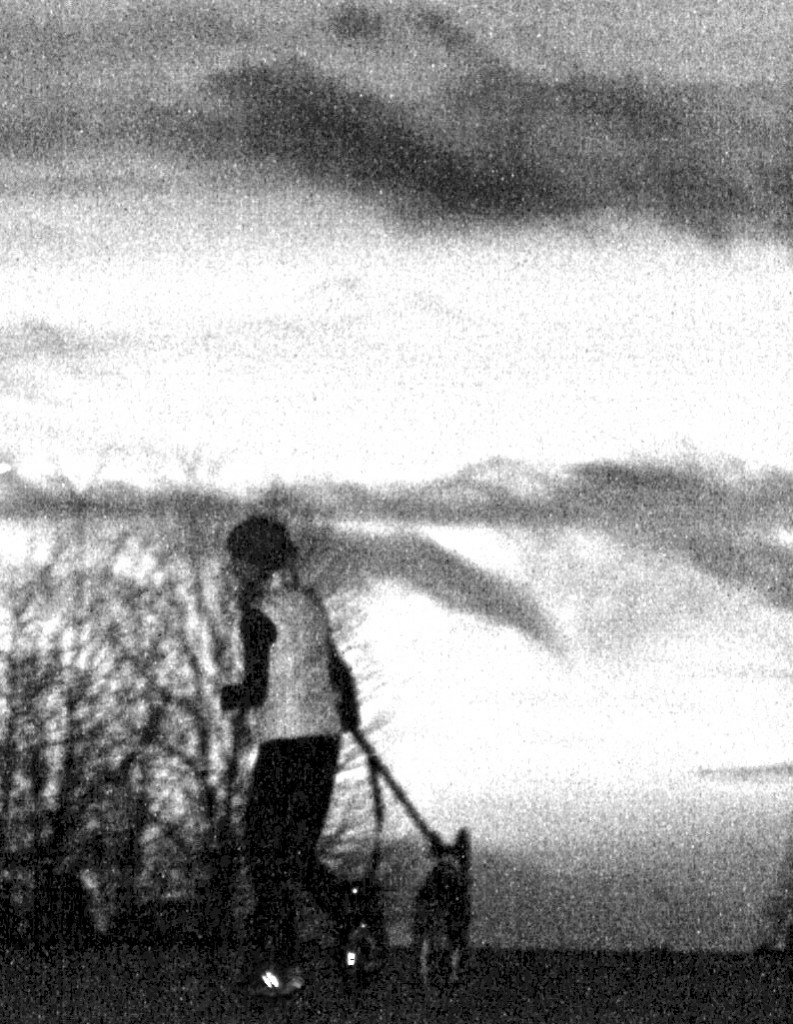 I walked in the dark forest this morning before sunrise, with my dogs. I always walk them early, before my kids wake up. The forest is dark, silent with snow covered ground.

My dogs and I were quietly walking when Pablo suddenly began to lunge against his lead excitedly. I glanced around into the darkness and realized that we had sauntered into the centre of three giant bucks, with impressive racks, having a quiet tête à tête. By the time I realized they were there, we’d already passed by one while the other two stood in front of us. Deer are generally gentle creatures but if threatened or feeling territorial, they will charge (and those antler tips can be blade like).
We were smack in the centre of their meeting so there was no way around them; we had to continue walking, quietly amongst the group until we reached beyond their party.

I repeated (in a firm, calm voice), “Heel…heel…heel…” to Pablo to quiet his lunging as we passed through the big boys’ meeting. Pablo was not lunging aggressively but playfully–he was dying to check out those impressive beasts!
As I walked amongst the intimidating threesome, I realized I was repeating the word “heel” for their benefit rather than Pablo’s. I felt that if they recognized a calm, repetitive chant as we passed, they’d understand we were predictable, peaceful and would not suddenly become a threat to them. It worked. We passed by the group in quiet calmness–Pablo lunging away but the big boys: calm, regal and unmoving.
In the often chaotic modern world, I feel as though I exist in paradise some times. To move freely amongst wilderness and wild creatures all before dawn, as part of my regular day routine, is the most beautiful gift.