*I have returned from Cuba–a week of being cut off from the rest of the world. No internet, phone and the TV broadcasted a Chinese News Channel.

Sit back, slather on some sunscreen and pack yourself a bottled water; I will take you to Cuba for a week worth of adventure–a wild week of impossibly beautiful beaches and turquoise sea, but also a week of gritty underworld connections.

Peter and my decision to go to Cuba was spur of the moment. We booked the trip only a week before we arrived in Cuba. We had been researching tropical locales to visit and suddenly Cuba fit the bill. I wanted to visit before the death of Fidel Castro (although, he may live for a very long time as he and all his siblings seem to have a longevity gene). 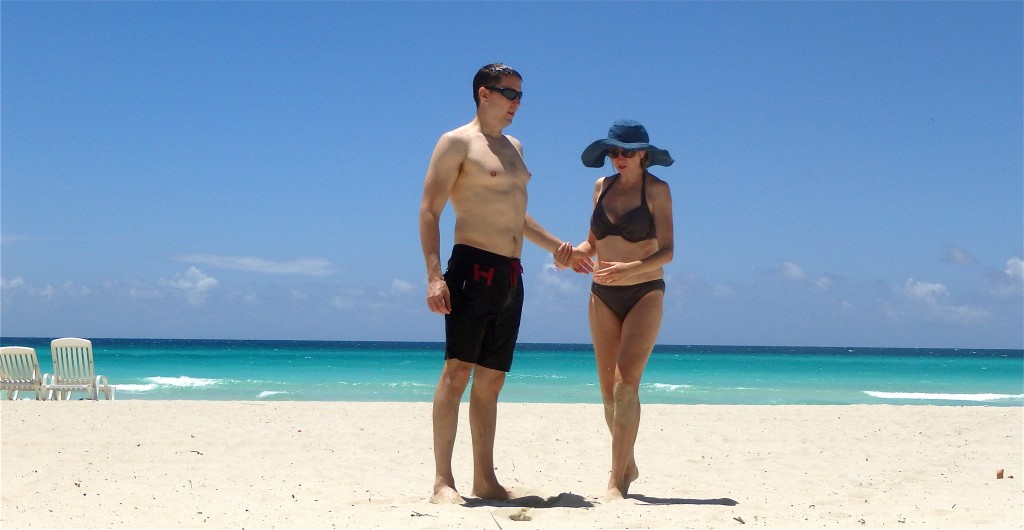 We will start with the beautiful beaches. Peter and I stayed on the best beach in Varadero: Hotel Internacional. It is fitting that Hotel Internacional has the very best beach–endless white sand–as it is the oldest hotel that still exists in Varadero. It was built in 1950 to accommodate the glitter and gangsters of a pre-revolution Cuba. In its glory days the hotel guests included the Frank Sinatra, Nat King Cole and Walt Disney. Today its guest list is just as spectacular as it accommodated none other than the Modernista Mama.

I always felt safe on the beaches, day or night. Our hotel was very quiet; we lucked out. In the early morn and late evening, I felt perfectly safe walking alone on the beach. During the day, the security was top notch–Cuban men with walkie-talkies watching and other men with binoculars watching the off shore sailboats. There are no motor boats and no jet skis in Cuba–only sailboats, kite surfers and wind surfers–bliss.

*How I long for a more pastoral beach in Canada–particularly in my home town. Lake Okanagan is crowded with oversized, powerful, loud motor boats with even louder stereos (many owned by young drug money) and jet skis driven by reckless masses.

Our hotel room was on the top floor (5th) and our balcony faced the spectacular beach and turquoise Caribbean. I would run down the back marble staircase of the hotel (with a full wall of windows from top to bottom that faced the ocean) and slip onto the beach in less than a minute. No one understood why I never took the elevator, the maid said to me in her Spanish accent, “But why? You are on vacation!”

I told her I liked the exercise, which I did, but it was more than that; I felt like a queen floating up and down the marble staircase: the ocean view, salty breeze (the top window was broken and removed so the staircase was always open to the elements from above) and the fact I was always alone of the stairs day or night–my private castle. 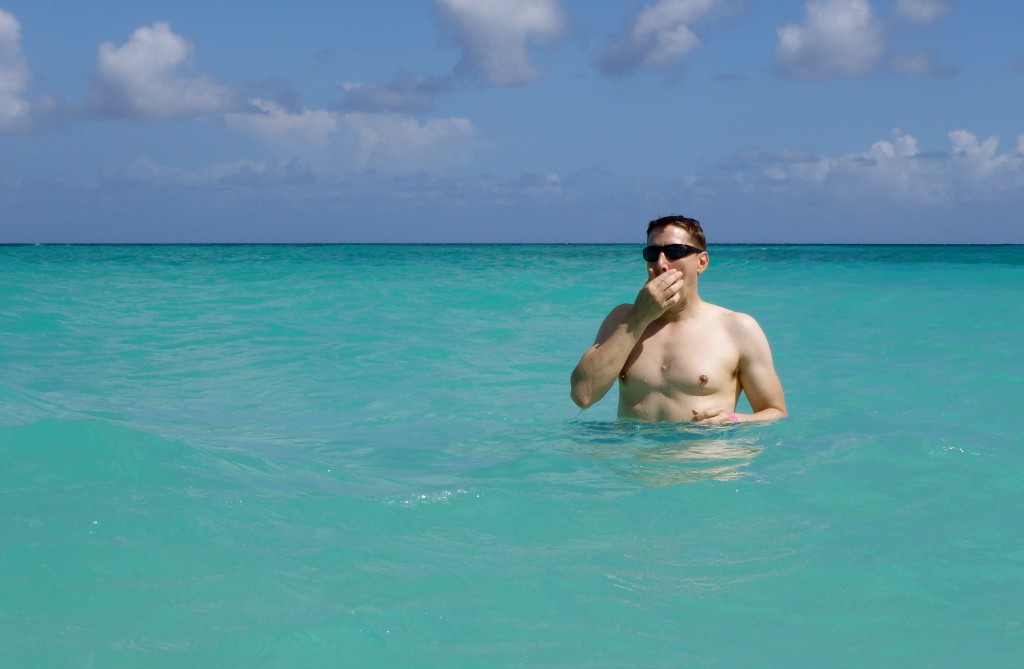 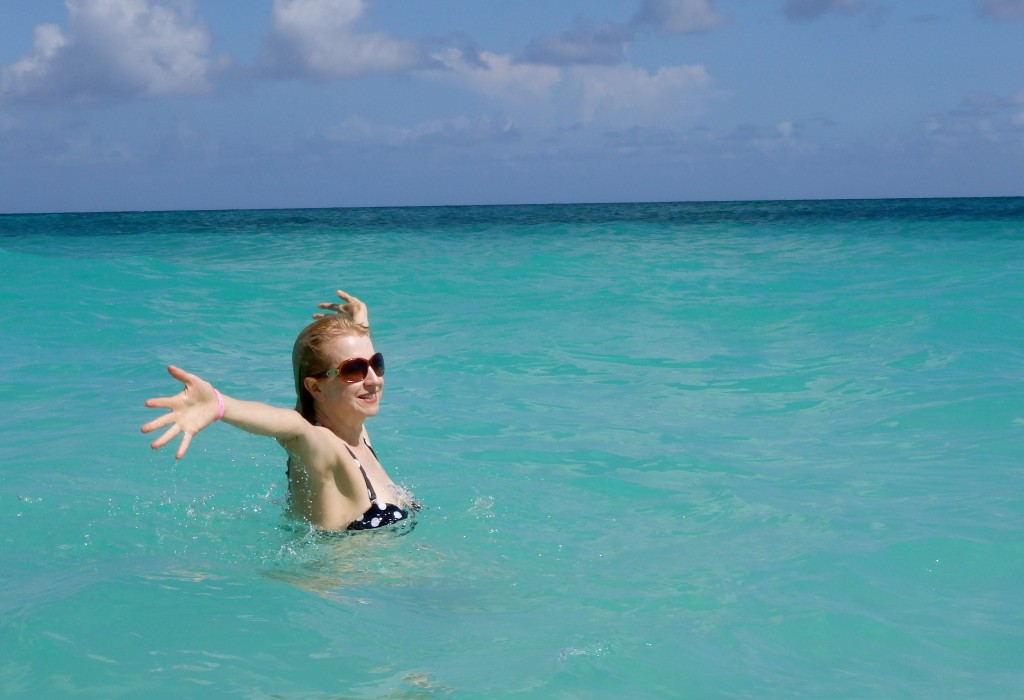 July days in Cuba are HOT. I liked to play in the sea and then quickly retreat under a grass umbrella to lounge and read between dips. The Caribbean is crystal clear and warm. 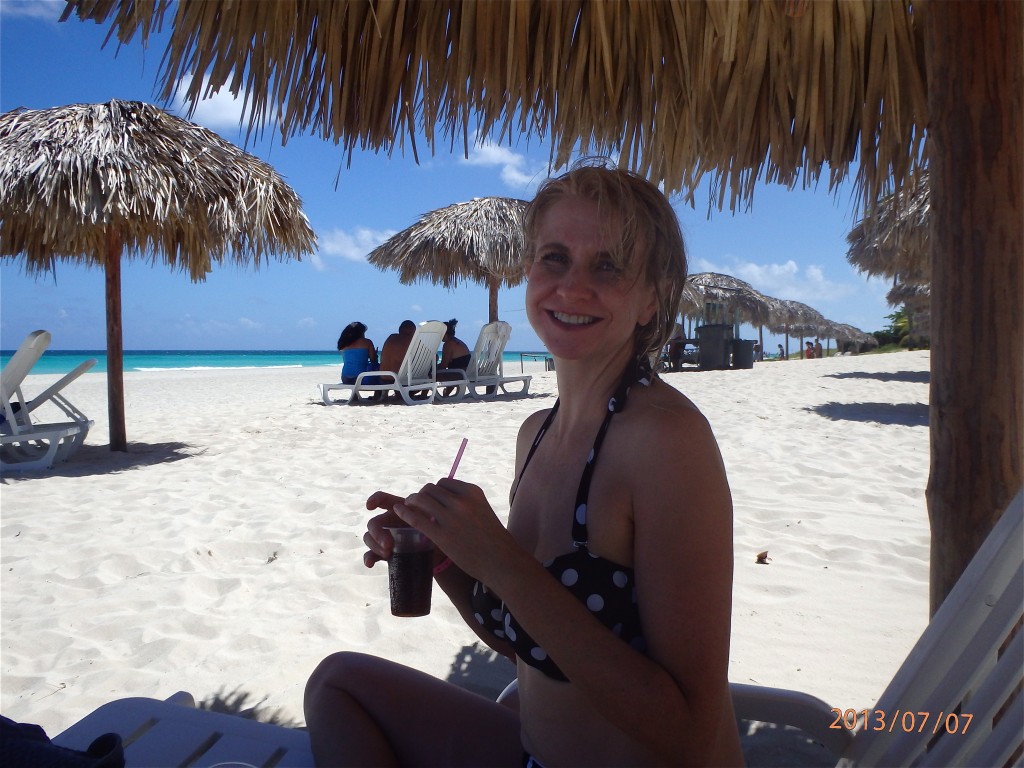 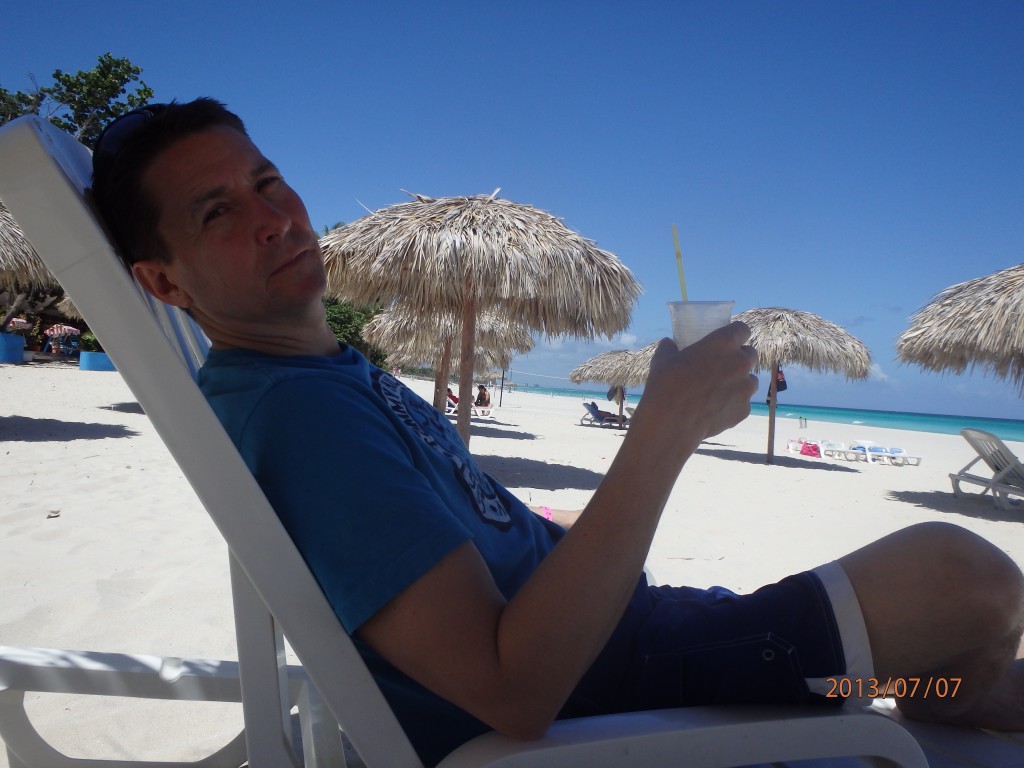 There is little life on the beach directly in front of the hotel (save for the odd school of fish and clear 3″ jelly fishes).The water is perfect for playing in and cooling off. 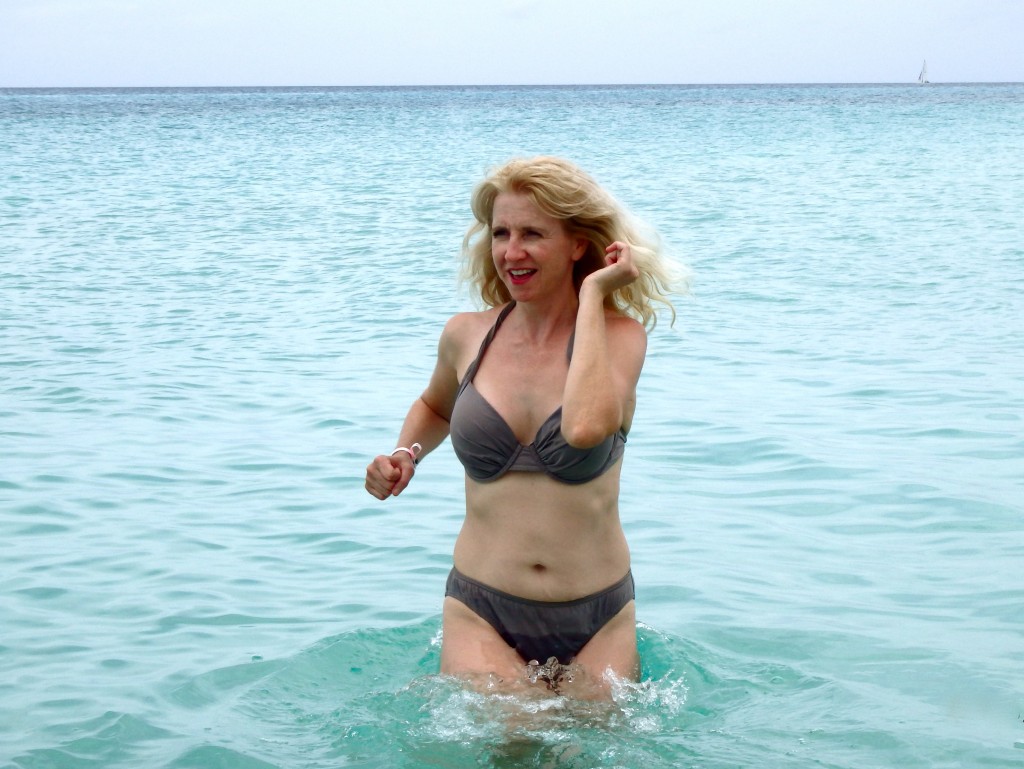 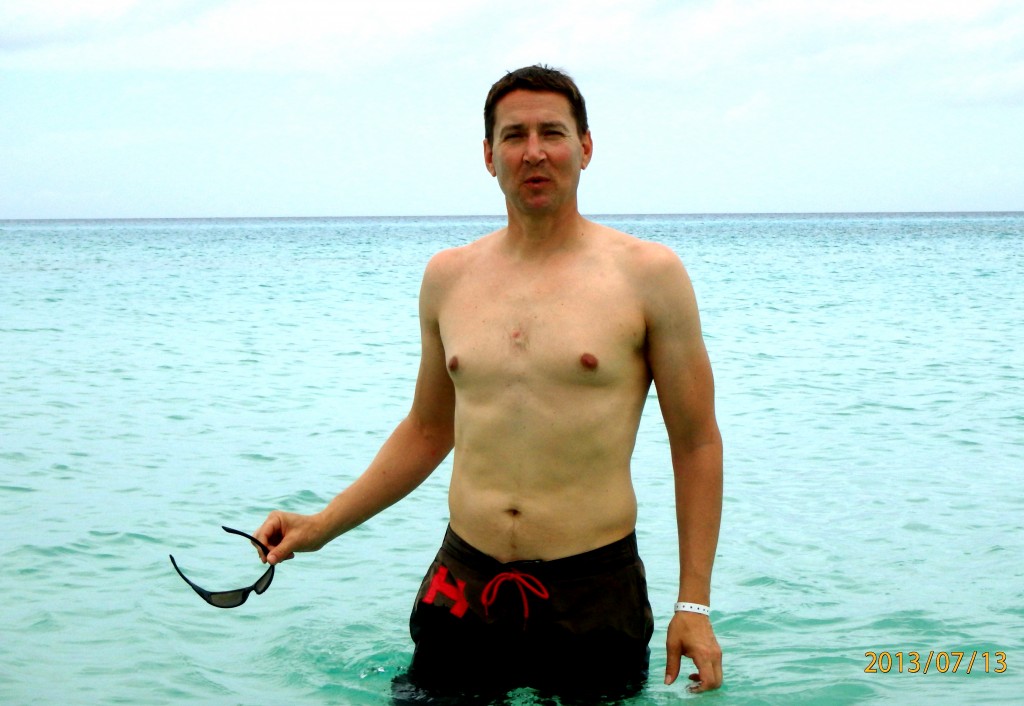 The jelly fish are not poisonous in the summer but there are plenty of them. You would ever know of their existence unless you put on a snorkel mask and suddenly realize the sea is full of them! I was stung on the knuckle two days ago. It hurt less than a bee sting so I ignored it. It seemed like nothing as I have been bitten by a jelly fish in the South China Sea, which was very painful. However, yesterday I noticed a growth of skin that formed a nodule on my knuckle–my body had completely walled off the toxin. It took me awhile, but I finally ripped off the nodule and my knuckle bled a lot.