How I ended up at Parnassus Books, in Nashville, with a signed copy of Ann Patchett’s new book, “The Dutch House,” is a tale I haven’t fully figured out. All I know is that the universe wanted me to come to Ann Patchett’s book store, with my sister, and by god, the universe made it happen, tout suite!

We were on our way to Orlando, my husband was to speak at a conference and my youngest daughter and I were going to hit the ground running at Disney World. We needed this carefree break after one of the most challenging year of our lives (a traumatic story that I am not yet ready to tell).

We never made it to Orlando, to Disney World…the Universe had other plans for us.

I write what follows in an attempt to make sense of my world, and to work through the trauma that remains after such an event. Now that my university assignments are done for the term, I have a little time to ponder it all… 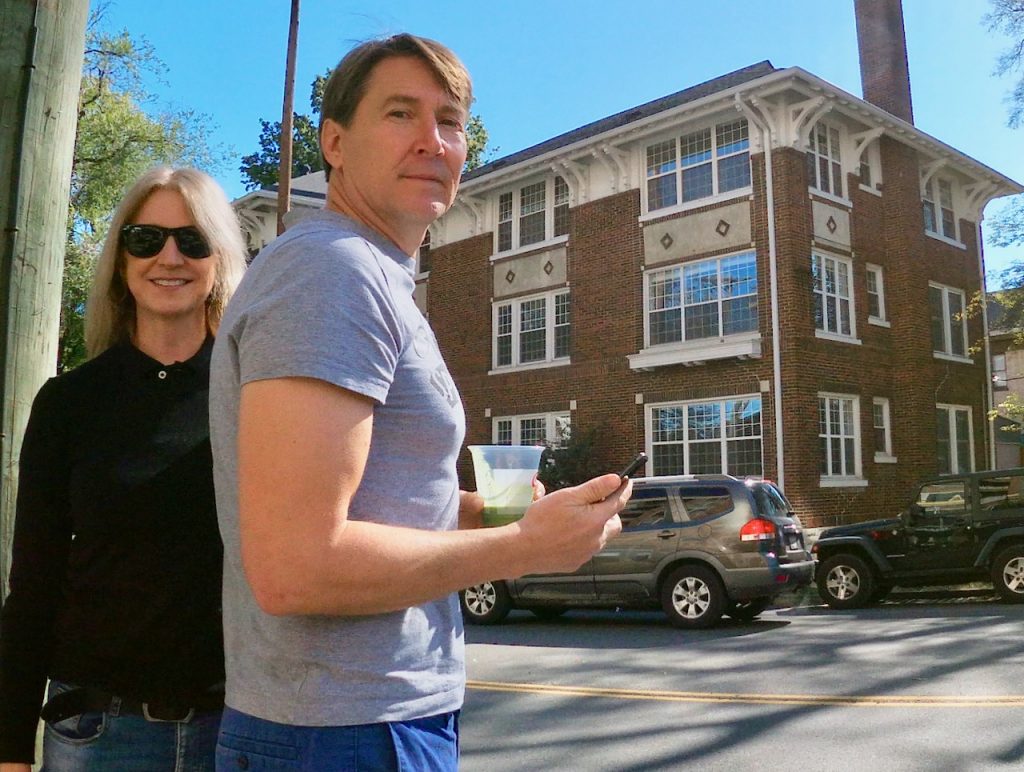 Peter and I across the street from our historical apartment in Nashville.

At Two am, 13,000 m over Tennessee, my husband awoke from an in-flight nap. He leaned forward, and I could see over his bowed head, that the moon was full and bright, seemingly very close to the plane. My daughter  (Pippi) remarked on how foggy the night air appeared in the moonlight.

My husband (who is an athlete–marathon runner) held his head in his hands and remarked that he felt sick. I asked if he needed a barf bag–he said, yes. When my daughter and I could not locate any vomit bags, I asked if he wanted me to call a steward–yes. I searched for a button above our seats to call a flight attendant but the plane was too dark and I could not find one in my panicked rush, as it was obvious my husband was feeling very ill. He suddenly leaned toward me, his head still in his hands, and then collapsed, forward, onto my lap. I called him, gently shook him and realized he was not conscious. I used my strength to push him upright in his seat. Instantly, I knew he was no longer living. His eyes were open but he was gone.

I screamed, my daughter screamed, HELP! Is there a doctor, on board, a nurse, a medical professional? Someone help my husband!

The flight was dark and everyone was asleep, stewards nowhere to be found. I raced to the front of the plane to locate an attendant to request medical help over the intercom. 3 on-flight doctors had already arrived to help Peter by the time I rushed back to our seat. They pulled him onto the narrow aisle and worked to resuscitate him. He had no pulse for at least 2 minutes, then finally his heart started to beat and eventually he floated in and out of consciousness. Within a half an hour or so, we emergency landed in Nashville, where we were met on the runway by an ambulance. The plane crew kindly searched through all the luggage, found ours and left it in Nashville, before the plane took off and finished its flight to Orlando.

The Nashville emergency doctor determined it was a rare-freakish vasovagal faint that made his heart rate slow and then his blood pressure plummet–it plummeted so low, that his heart suddenly stopped. We don’t know why he fainted–you read about young, healthy people dying suddenly with no explanation other than their heart stopped for no apparent reason–that was Peter.

Peter was lucky that he was sitting beside me because he would have collapsed away from a stranger, toward the window, and the stranger may have assumed Peter was sleeping, and thus, Peter would not be alive.

His naturally low blood pressure and heart rate from being a runner was a blessing; he was miraculously able to go without oxygen for that short time with no brain damage. He bounced back within 36 h and it was as though he’d never died and come back to life. Though, I admit, his thinking was jumbled for a few days and his memory of the incident is patchy. 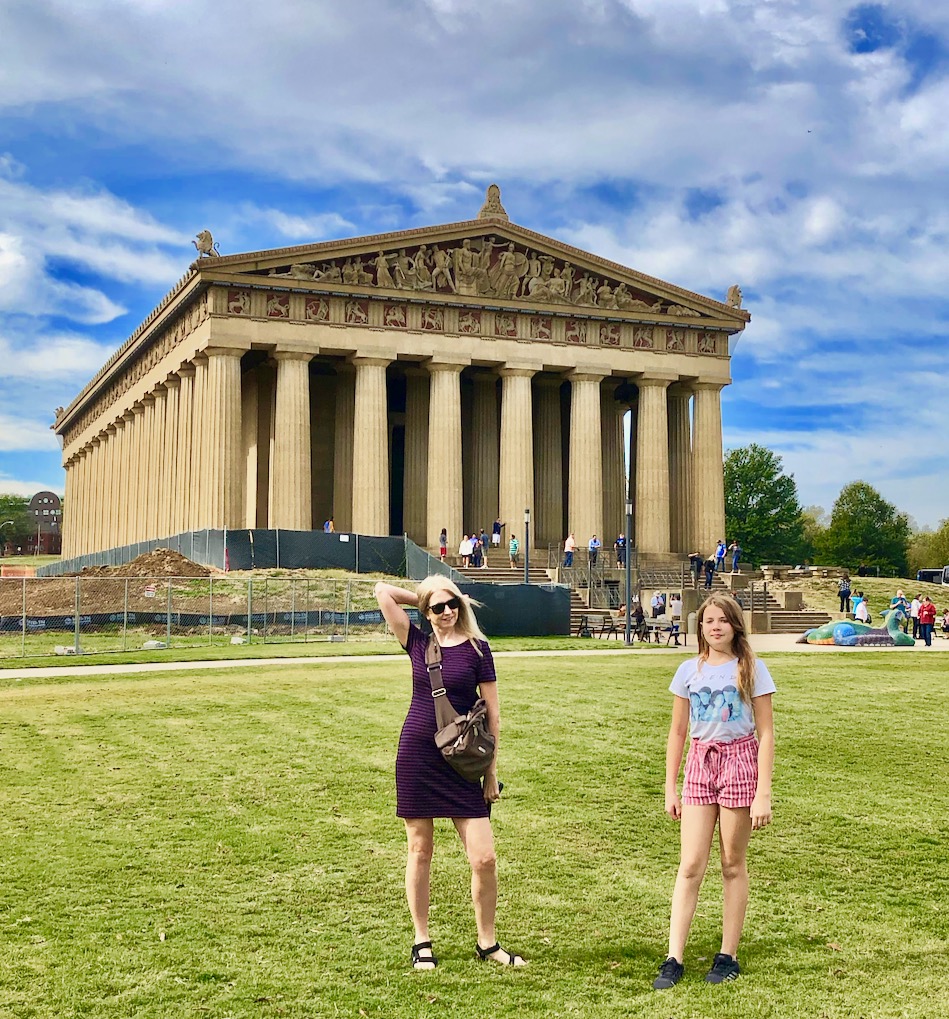 The Parthenon: only Parthenon replica as it would have been in Greek antiquity. 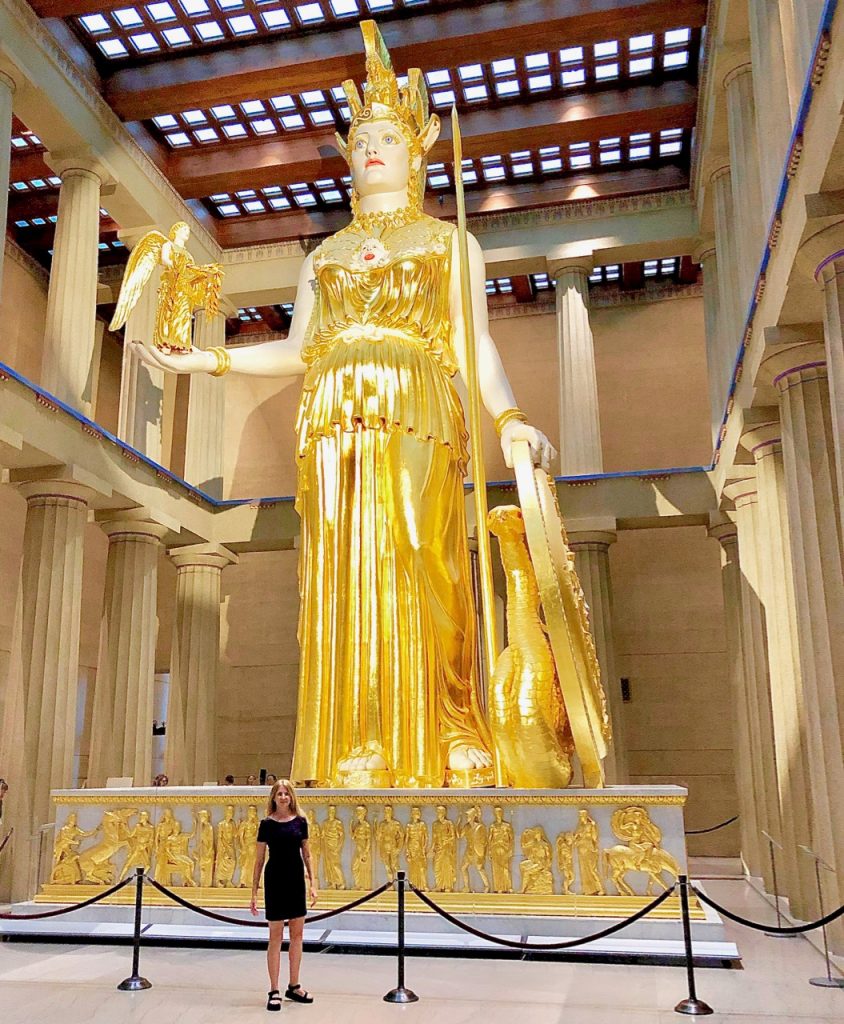 Inside the Parthenon: Lovely Athena, gold plated. She’s holding Nike who is 6’4″ tall.

The strangest thing about this story is that my sister (and nephew), who’d never been to Nashville in her life, was vacationing there at the exact time we fell from the sky. Why the universe wanted me and my sister to be in Nashville at that time is a mystery.

We stayed in Nashville to recover for the week, checked out the Grand Ole Opry and the Country Music Hall of Fame, among other tourist attractions, and then we flew home.

Life is a roller coaster of unbelievable events. I rarely talk about the dark ones, however, this experience was also miraculously light. So many kind people on board helped out my husband as well as our terrified daughter. The kindness of the passengers and crew of the Alaska Airlines will never leave me and gives me strength when I feel so let down by the human cruelty, greed, and selfishness that has destroyed so much life on Earth.

Pippi still talks of Regan, a kind woman who comforted her during the on-flight terror. I often think of the doctors and nurse who worked non-stop to stabilize Peter, and the gentleman from Washington, who gave up his first-class seat for Pippi, so she could sit away from the dramatic resuscitation scene. So many kind passengers calmed our frightened daughter and prayed for my husband.

To the entire flight, ground crew and passengers aboard the @alaskaair flight from Seattle to Orlando, on Oct 10/11, 2019, that emergency landed in Nashville due to my husband’s medical emergency: thank you!  The three amazing doctors and a nurse on board resuscitated him and saved his life.

Trauma stays with you, waiting for when you have a moment to breathe. We’ve all been too busy since that early morning in Tennessee, swept up in lives of duty and deadlines, to comprehend what happened. We’ll never understand the why–there is no logical explanation for any of the Nashville events.

Death has become as real to me as life. It is not something one can hold at a distance. It is either there or it is not, just as life is; there is no in-between.

What I do know, is that although we humans have no clue what we are doing–we are probably the universe’s greatest disappointment–the universe knows exactly what it’s doing, and this knowledge gives me great comfort. 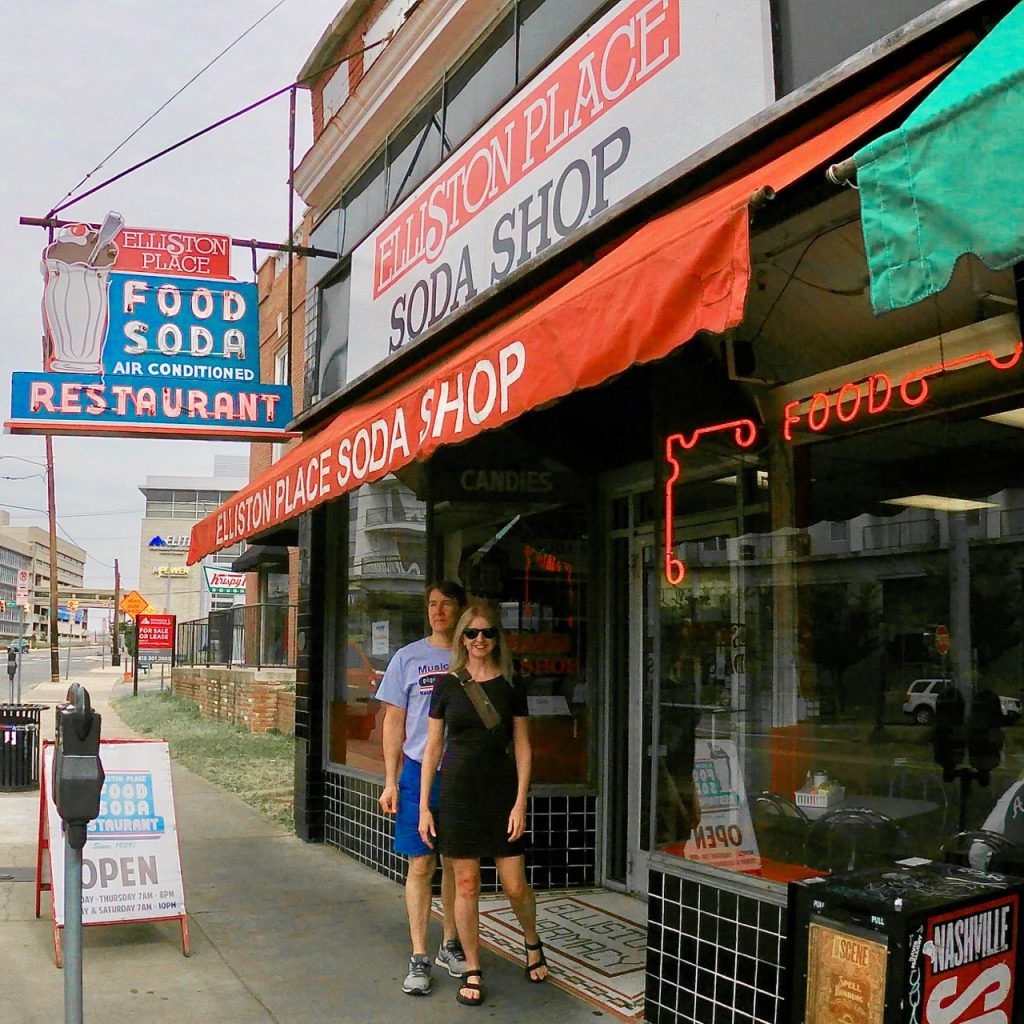