One hasn’t fully lived without a visit to Tombstone and its 9 mountain ranges.

The beauty and biodiversity is so great in Tombstone Territorial Park that I have decided to post a Part I & II (otherwise my readers will be in for one long session)!

Just north of Dawson City, in northern Yukon, lies one of the most shockingly pristine and wild spaces left on Earth. Tombstone Territorial Park is the most beautiful spot on Earth that I have been to date.

Tombstone Territorial Park boasts nine mountain ranges that either pass through the park or exist in their entirety inside the park. boundaries:

I pushed my comfort zones in Tombstone—hiking narrow, steep, and uneven trails that challenged my fear of cliffs. I had to stop on occasion to sit on the rocky trail and breathe—determined that I would not let my fear of cliffs prevent me from reaching the mountain summits. I did it! I made it to the top of all our mountain hikes; hence, in some pictures I am celebrating my ascent as it took every ounce of courage, perseverance and mind training that I could muster.

We hiked in remote areas that are frequented by grizzlies, each armed with our own can of bear spray. I sang the entire soundtrack from The sound of Music many times—I swear that is the secret to keeping bears away! I am sure the yodelling song from the soundtrack could be heard throughout all nine mountain ranges at once!

The scale of the natural beauty, with mountains that roll and stretch seemingly forever in all directions, along with celestial light that illuminates some mountain ranges while synchronically, showering short bursts of heavenly tears on other ranges, enables one to feel that they are viewing an entire other world at once.

The ground is a mass of roots, moss and lichen, which form the nutrient rich layer above permafrost. The only plants that survive are those that relish being wet and having shallow roots that “float” above the permanent icy layer underneath. The permafrost, when is expands and contracts, often creates interesting rock formations throughout Tombstone Park—rocks are forced upward, from underneath the ground, by the ice and deposited in interesting and sometimes very tall mounds.

Its important to stay on hiking paths as the tundra is very fragile and is easily destroyed by human foot traffic—it can take centuries to recover.

The quintessential Tombstone bouquet includes the flowers below. I always find these flowers together on lower elevations: wild rose, bluebells and dwarf dogwood. 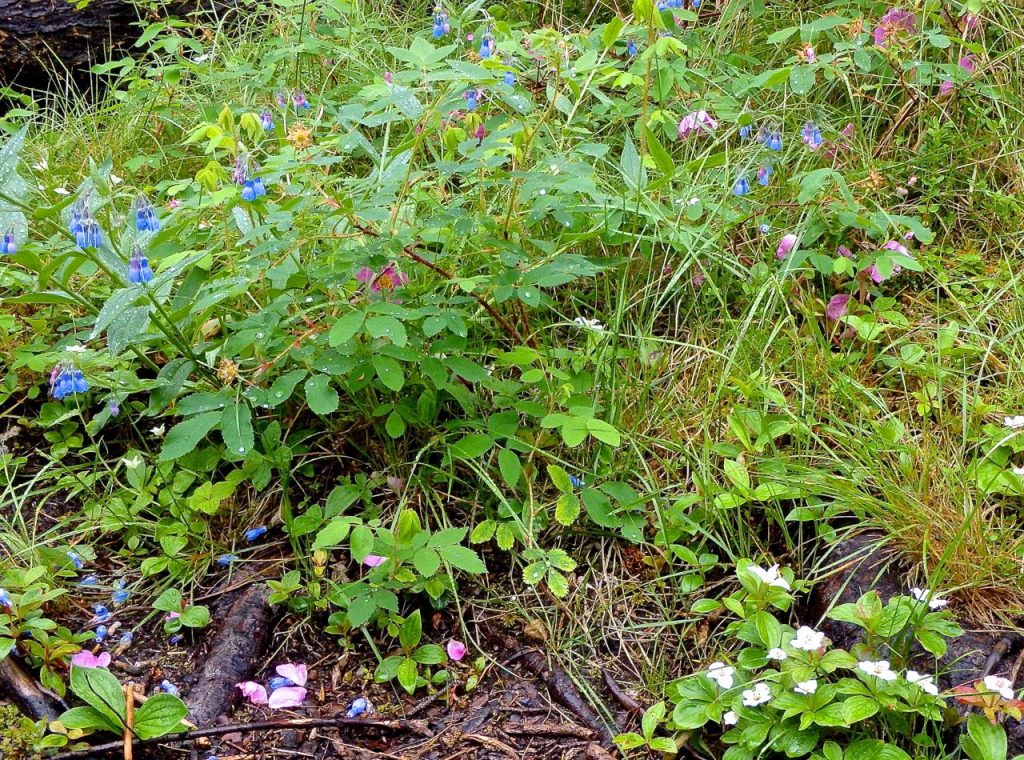 Another flower frequently found in the mix is the purple monkshood below: 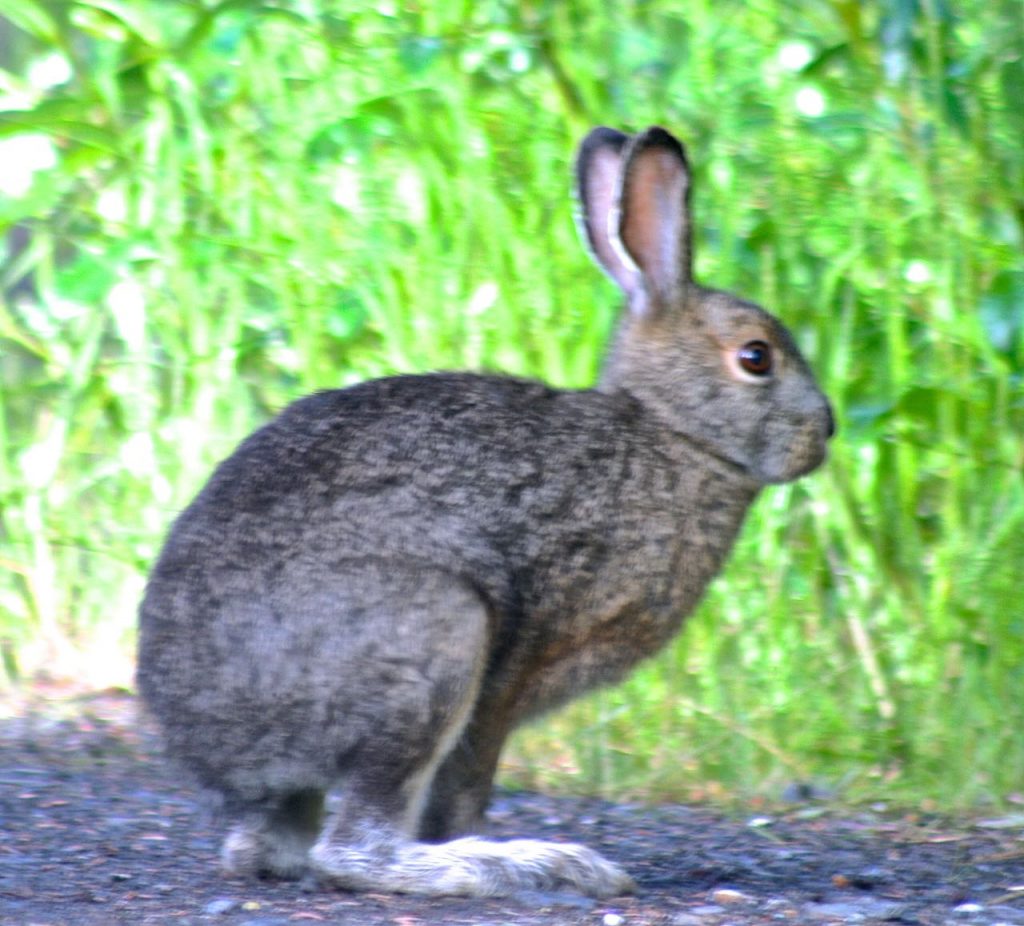 Arctic hares are common in Tombstone; though, they are very quick on those giant white feet! It was hard to capture a picture of one still

My Arctic adventure is thanks, in part, to the Canada Council For the Arts—I received a grant to return to the Arctic to gather information for my next novel

I learned so much during this adventure: I read everything I could find, explored every natural and historically significant place that I could reach—I felt as though my brain was a sponge and that I was absorbing the Arctic into my being. It was the most amazing time for learning. I actually felt that my brain was on overdrive and that I was having a period of unusual learning enlightenment.