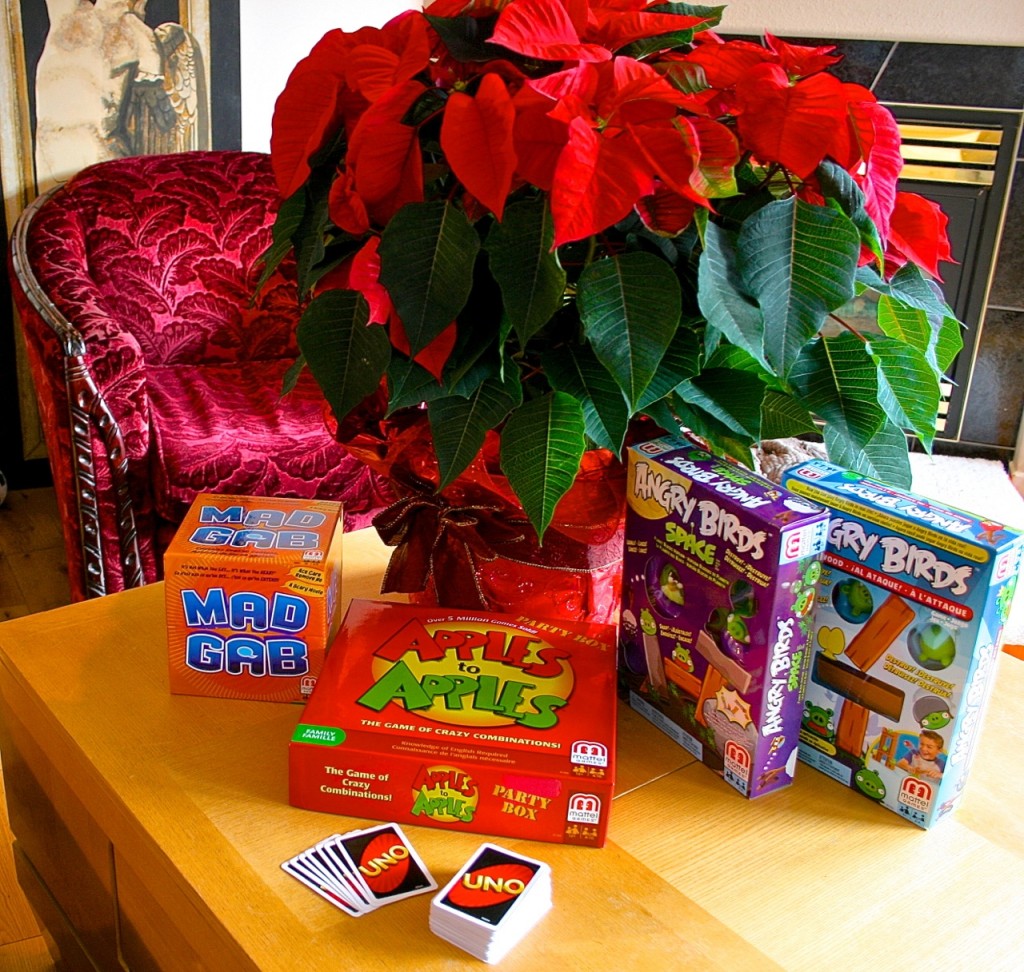 It was game night at our house on the Friday before last. We held a Mattel Game On! Party. It was a roaring success! We tested out the Mattel games: Mad Gab, Apples to Apples, UNO, and Angry Birds Knock on Wood and Angry Birds Space. 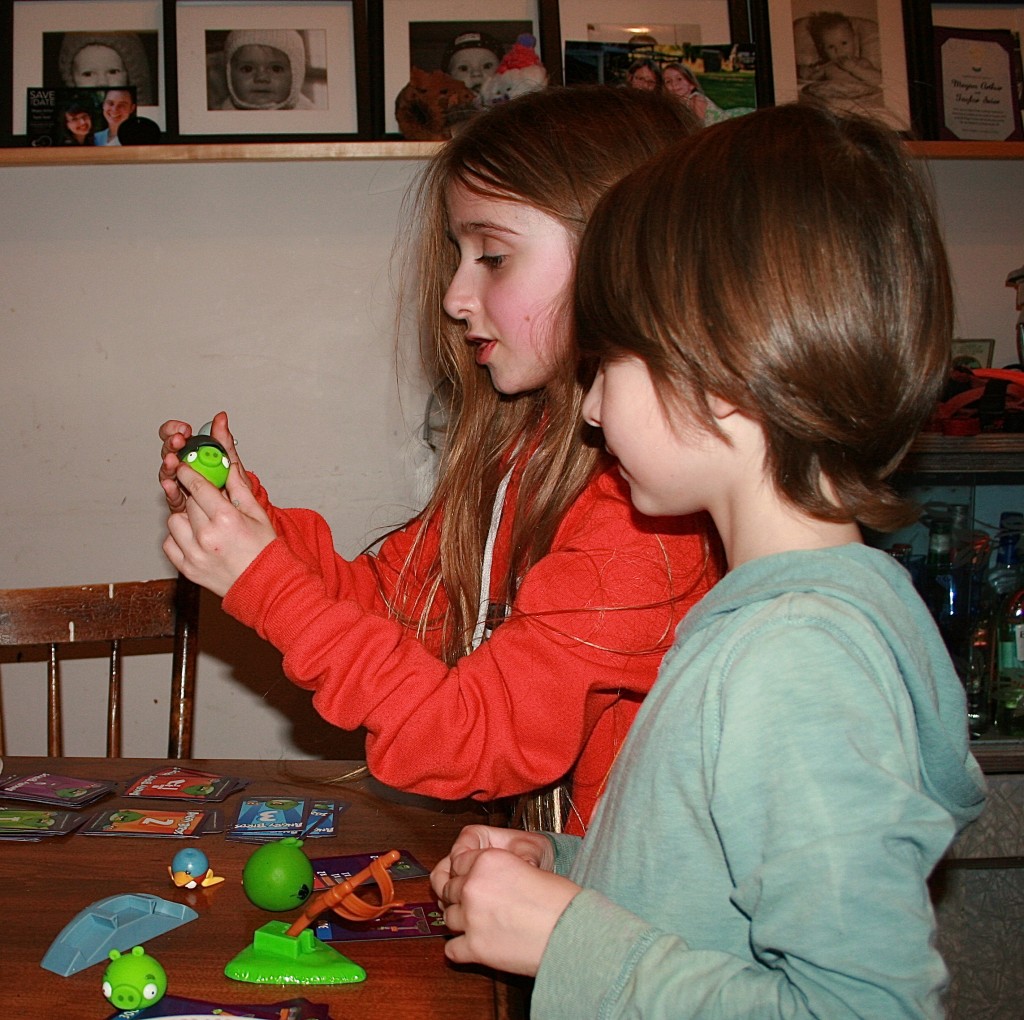 I decided to try a new way of organizing a party and combined a children’s/teen party into one. The guests ranged from ages 7 through 17. Each of my daughters was allowed to invite approximately 5 guests. We set up 3 unique game stations (teens/ tweens and under 10) with seating areas and snacks, and then left the kids to get their Game On! 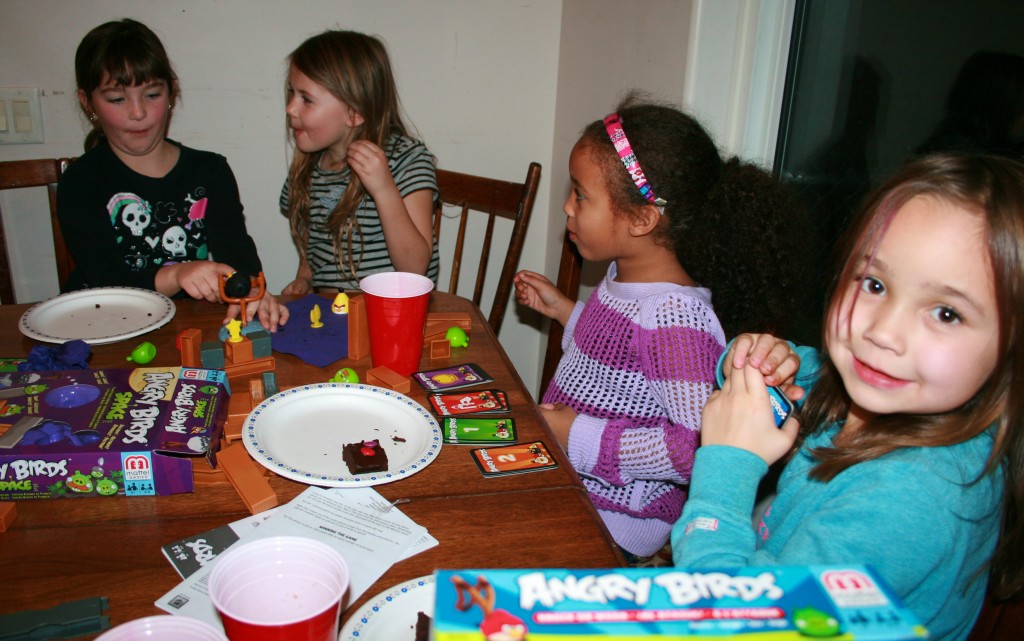 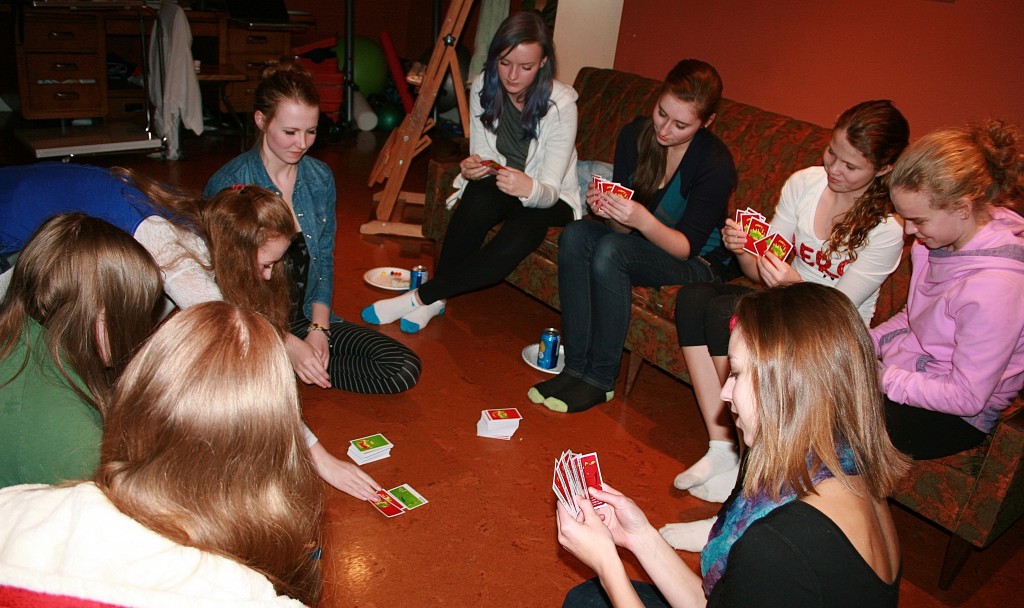 The teens favourite game was Apples to Apples. 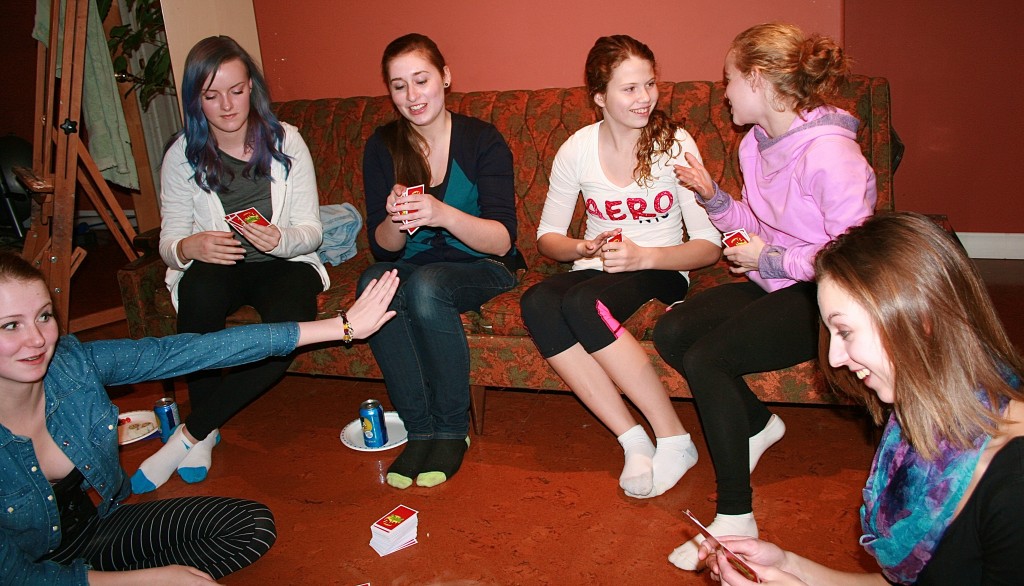 Everyone went home happy from game night: the littlest guests left at 9 while the teens stayed later.

My daughters said it was one of the best parties we’ve had. 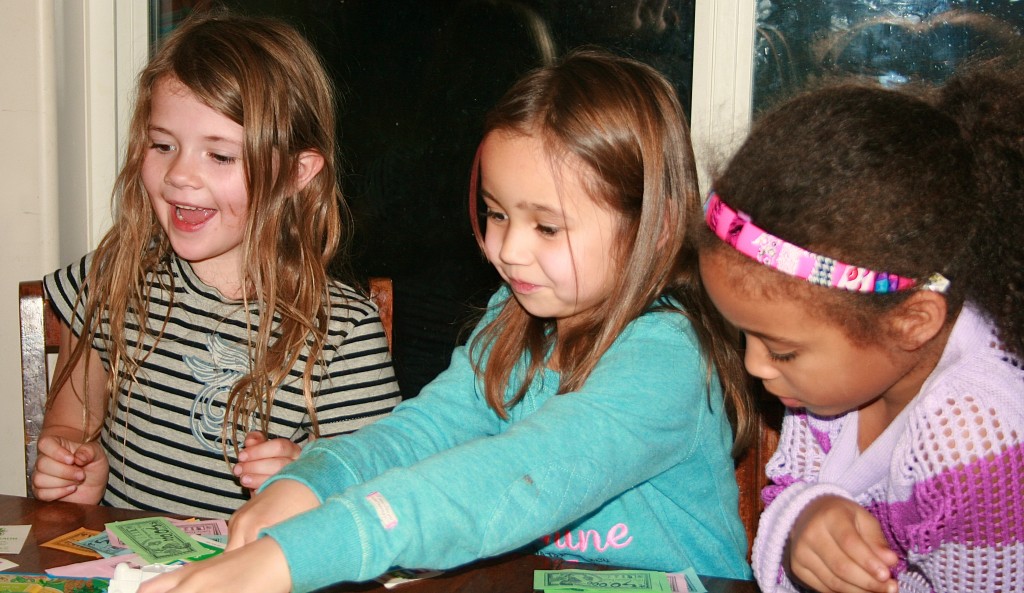 For me, as a parent, I found game night was a great way to throw a party that appealed to a variety of ages. It was so satisfying to have all of my daughters and their friends enjoy the party together.

Ever since the party my youngest daughter Pippi insists we play Apples to Apples, as a family, on a daily basis—she’s hooked.