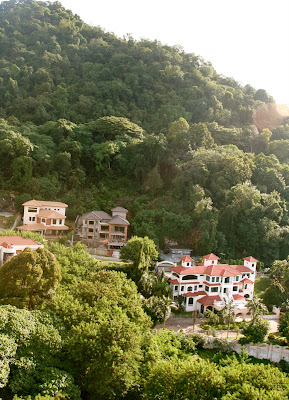 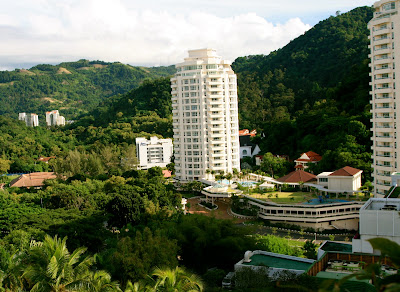 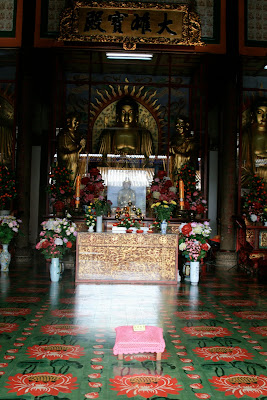 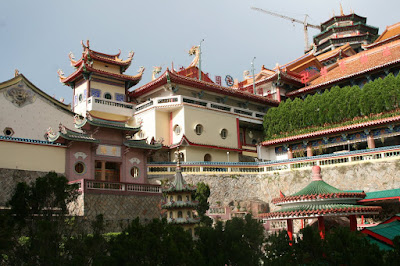 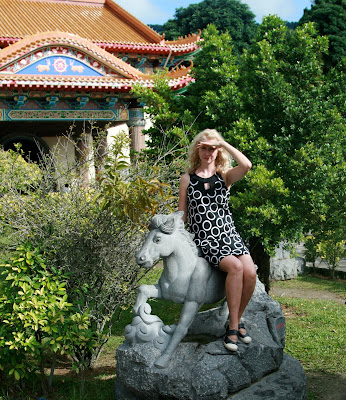 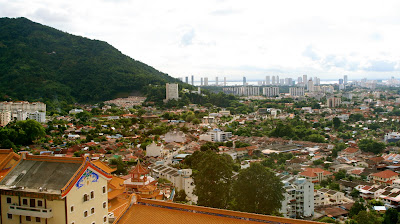 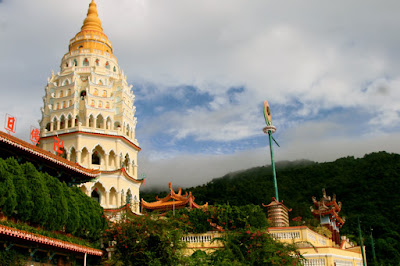 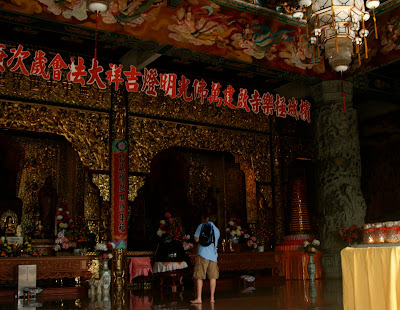 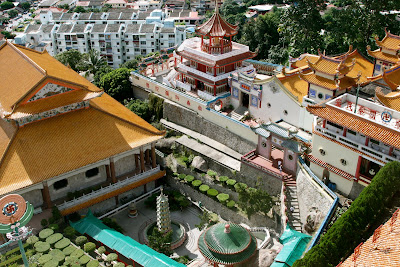 Top 2 pictures are views from our hotel: Hotel Equatorial, Penang.
Next Pictures are all from the Kek Lok Temple (Chinese Buddhist Temple)–huge! 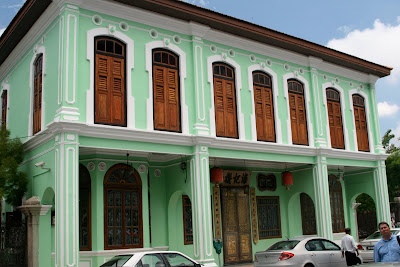 The Pinang Perkanakan Mansion. The tour guide was wacked–made up the story as he went along and if anyone dared contradict his story he blew a fuse and shouted at the person to go and join another tour. 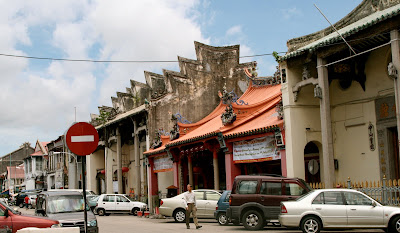 A street in Georgetown. The traffic is insane–no side walks and no crosswalks. Motorcycles speeding out of no where.

-We’re in Hong Kong now–one night. The city is a zoo–so many people, so much traffic, so many buildings and shops (and cheap Chinese-made crap to collect). Got ripped off by the taxi driver from the airport–charged us double. Peter is obsessed with tracking him down–it is insane as this is bleeping Hong Kong!
Peter has already been fitted for a tailor made dress shirt–will be completed tomorrow. We have a room on the 36th floor of The Hotel W Hong Kong–very mod with amazing harbor views.  Went to several markets: some stalls sell nothing but cheap sex toys–creepy.
No night juncket ride tonight–too tired, but a ferry ride tomorrow before we fly home. Ready to come home. Hong Kong isn’t Asian enough for me. I think I like the rough, rundown Asia of Malaysia better. Although it is a relief to leave the strict government of Malaysia as I was slightly afraid there–it is too easy to break the rules!