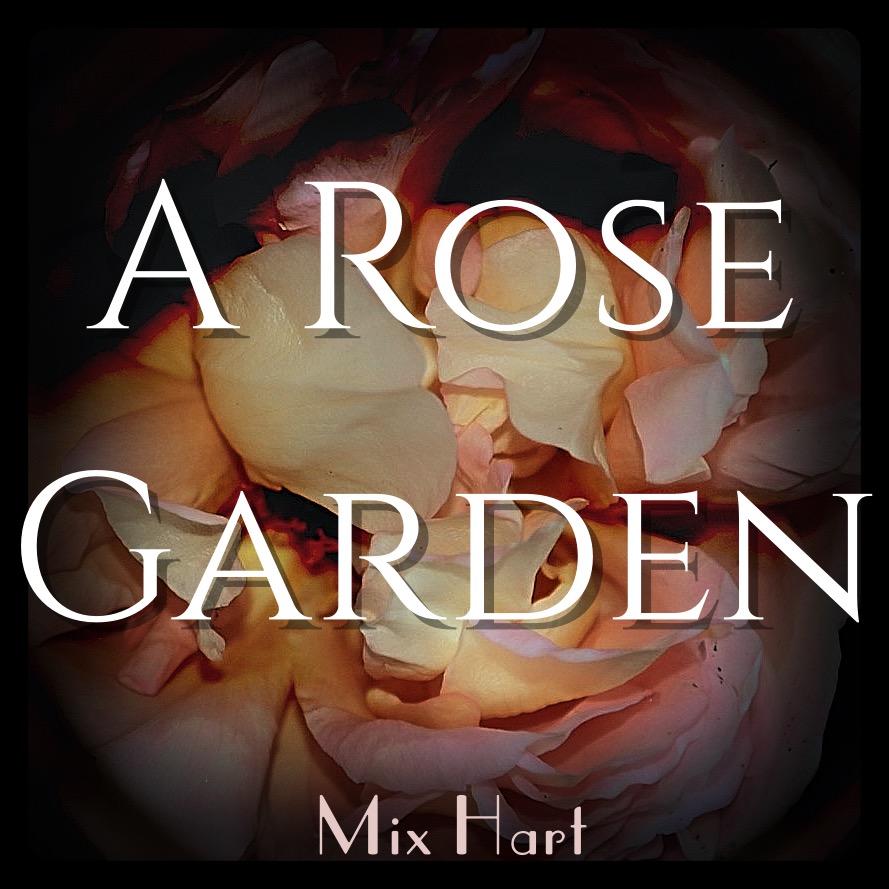 They’d left too much.

The neighbourhood was blocked off. Police were letting residents back for supervised visits to their homes to collect essentials that were forgotten in the mad rush to vacate the mountain. Others returned to see what could be salvaged. Elsa rounded the corner in the SUV and climbed the final hill to their home. She pulled into the driveway like she had done thousands of times before. Hugo gasped.

Elsa stepped from the vehicle and inhaled what smelled like the day after a crackling bonfire. The house. She visually inspected its cream-coloured stucco, shaded grey with smoke, and the intact ceramic tile roof, covered in ash. She felt an intangible ambivalence toward it—fluctuating between alleviation and disorienting regret. She couldn’t bring herself to go inside. The rose garden was intact, the bricks nearly as perfect as the day they’d been laid. The single rosebud, that had been spared by the deer, was in full bloom. The flower was voluminous—layers and layers of petals in elegant peach hues, that segued into soft pink outer petals—it reminded Elsa of an elegant silk wedding dress. The ambrosial scent was strong enough to cancel the smoke. Perfection in a single bud.

Elsa turned to glance at Hugo as he slowly opened the car door and then walked toward the house and then stopped. He seemed confused, glued to the cement, hesitant to climb the entrance stairs. She crept through the garden and stood beside Hugo for a moment and then reached for his hand. He clasped hers.

The house was as they’d left it, though stifling hot, and it possessed a strange lingering odor. It was a horrifying smell, one that she had not experienced before but understood it to be the fetor of sudden death, the incineration of too many lives to count. She opened Oscar’s bedroom door and stood hesitantly at the threshold. His bed was unmade and on his desk, an open sketchbook displayed his unfinished drawing of a mythical creature. Elsa envisioned Oscar’s somber face looking up from his desk, pencil in hand—an expression that was contrary to the laughing lunatic she’d left running wild at the rainforest campsite. Across the hall, dear Flower had made her bed. The room was immaculate, decorated with Flora’s recent online purchases: a new linen duvet set and ceiling-to-floor curtains. The room was lovely and…heavy. Elsa was startled by the relief she felt at not finding Flora inside it. It held Flora’s oppression—she’d been trapped in it for too long. “I can’t do this anymore,” Elsa said. She walked quickly to the back door. It wouldn’t open. Heat had melted the weather stripping and tightened the wooden door frame. She kicked it’s base, below the glass, and flung her sport-sandaled foot at it again, and again, with accelerating speed and force, desperate to breathe the mountain air.

“Elsa?” Hugo shouted from somewhere inside the house.

Hugo arrived behind her. Her hand dropped and she took a step back as Hugo tried the doorknob and forced his weight against the door with his shoulder. The door popped open, making the sound of an air-tight seal breaking. She stepped into the backyard, sucked in the mountain air, then jerked forward and coughed, as her lungs rejected the sooty concoction. The back gate stood tall amongst an invisible fence and blistered earth. A wide, red, painted line separated her property from the wild mountain—a fire-guard from the aerial assault on the inferno. They weren’t allowed beyond the property—the mountain park was closed. Fire crews were still fighting hot spots near the base. The comfort she’d felt on discovering the house was still standing, expired. She felt nothing, as though she were dead inside, like the year after Hugo’s diagnosis. Hugo’s grip tightened on hers, seemingly involuntarily.

She shook Hugo loose before he crushed her hand. “No it’s not,” she said.

She left him with the house. It felt strange to leave him there, as though she was neglecting an anxious child.

Streams of smoke rose from pits in the earth, embers from the shallow root systems of the ponderosas. She followed the trail that dissected the bald mountain like a fresh scar, through black tree trunks that stood like whiskers on a cadaver’s face. A singed carcass of an adult deer lay on the trail and behind it, a small skeleton of its fawn. They would have been overcome while running for their lives along the footpath. She wished that she had let the deer eat the rose—all of it—every flower, leaf, and bud. The stench suddenly overwhelmed her senses and she instantaneously vomited.

In the lifeless silence, Elsa thought she heard someone call her name. She debated whether she should return to Hugo, but her feet made the decision for her and she followed them up, and over the mountain to the other side. Without the forest, she could see the lake clearly below. The water was a startlingly marine blue, juxtaposed against monotone shades of grey. The western wind kept the smoke from the mountain top, as it whipped up flames at its base. Elsa was safe—there was nothing left to burn.

A silhouette of a dragonfly floated down from the sky. Elsa caught it in her palm. The dragonfly was carbon-black, from nose to tail, like a 3D computer-printed sculpture; its body was the length of her hand and its wings were as wide as her palm.  She blew on it and watched it collapse into dust.

She was drawn towards the orange and black stripes below—a mirador in an ocean of despair.

She clung to Rosa’s freshly blackened trunk. A low, mournful howl, made it way from depths beyond Elsa’s body and escaped through her mouth. She traced the black bark upwards, through the tiger-stripes to Rosa’s crown—glistening in the morning sun. Elsa arranged herself cross-legged in the mountain’s ash, elongated her spine along Rosa’s trunk, and tilted her gaze up, losing herself in the luxurious moss-green, spiked pom-poms. Everything was green. She was home.