The following pictures document our road trip along the infamous Dempster Highway, from Tombstone Territorial Park, to the Arctic Circle, Yukon. Our trip ended at the Arctic Circle as the Mackenzie River was flooding for days and the ferry north to Inuvik was closed. 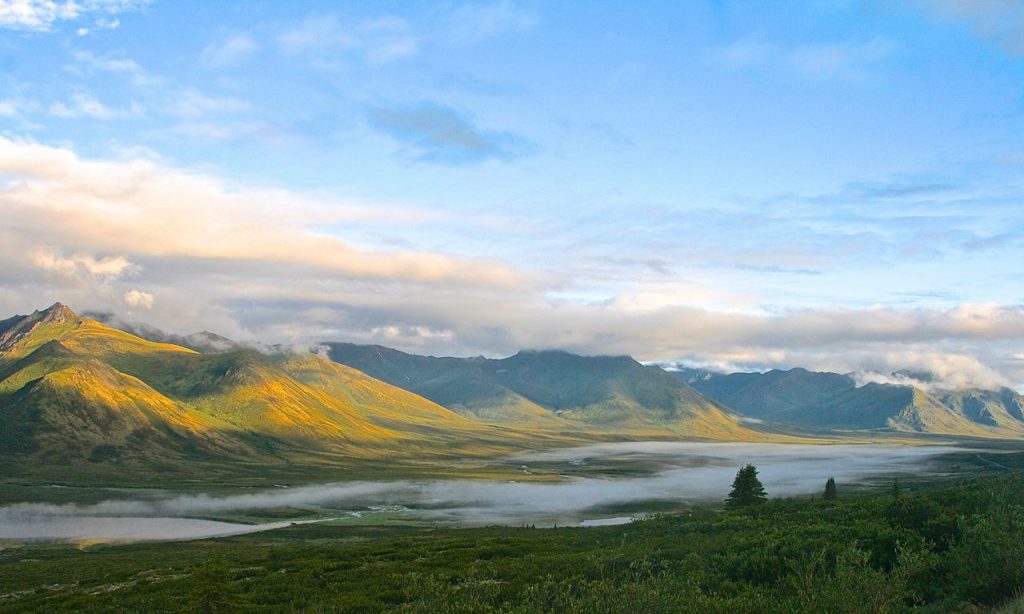 Leaving Tombstone Park in the early morning–the tundra has started!

Me, thrilled to finally have reached the Dempster Highway for our northern Yukon adventures

These mountains (my research indicates that they are the southern start of the Ogilvie Mountains) are so unusual and barren of any trees, grasses or bushes; their colour varies from slate to lavender–it looks like a landscape from another planet! 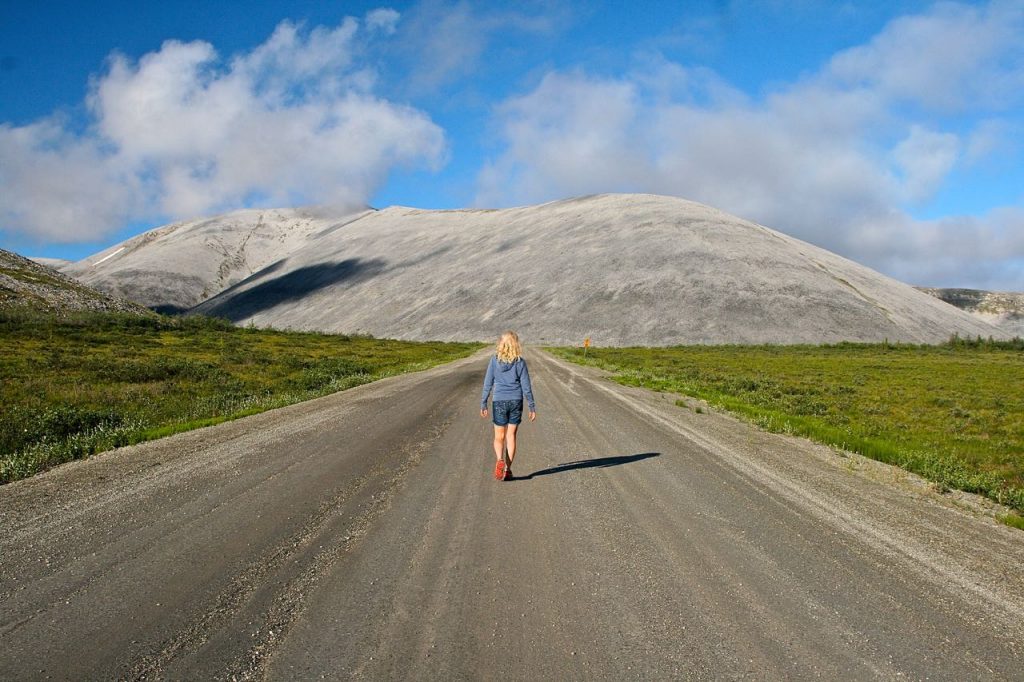 Foxtail barley–I had forgotten how silky this grass is—another favourite Arctic grass of mine; though, it can be damaging to other creatures. It’s barbed and can cause irritation.

Below: view of the Richardson Mountains and Ogilvie River from the highest point of the Dempster highway

Below: my beloved wolf friend I met on the Dempster.

Below: an Arctic mountain with visible tors–rocks were forced through the tundra from changes in permafrost ice pressure; the soft rocks crumble away and the hard jagged rocks remain like dinosaur spiked-backs protruding from the mountain.

Cottongrass Below: I love this grass; even though, technically it isn’t a grass. It is very Dr Seuss. First Nation peoples used it to line their boots also, for dressing wounds and stuffing pillows.

Below: (tamarack and black spruce) this forest of tiny trees is likely hundreds of years old but the trees’ growth is stunted by the short and windy growing season of the northern Arctic.

Below: bridge crossing the Eagle River, very near the Arctic Circle.

This is the river in which I nearly drowned twice in my youth: once in a hover craft accident–it tipped over and threw me into the river; I was wearing a ridiculously heavy rubber suit because it was raining and the damn suit pulled me under! The second time, I was a passenger in a homicidal idiot’s Jeep when he decided to “drive” the Jeep across the river. I told him, no and to let me out, but he charged full speed into the Eagle River. We ended up tipping, nose first, into a very deep section–by the time we crawled out the window, the Jeep was fully submerged and we had to jump onto the bank.

This sign was posted at the Eagle River. The caribou populations are dangerously low (over hunting by humans and habitat destruction).

Below: Jumpin’ for joy!

We made it to the Arctic Circle! The reality of the Arctic Adventure hit me–how beyond amazing the Canadian Arctic is and how much we need to save it from global warming, over-hunting and habitat distruction.

1/3 of the Earth’s carbon is stored in Arctic permafrost (Beringia Interpretive Centre, Whitehorse, YK). With warming temperatures the permafrost is melting and with it, millenniums of preserved, frozen, decaying plants will thaw and release so much carbon into the atmosphere that the Earth will be in serious trouble 🙁

Peter and I at the Arctic Circle:

A curious willow ptarmigan chick on the Arctic Circle; they were so calm and unafraid of humans.

The ptarmigan family with their 3 chicks:

Mama ptarmigan on her nest, fluffing out her tail feathers:

Below: view of the Arctic Circle with a rainbow

On our way south, back through Tombstone Territorial Park, I snapped this gorgeous vista with Tombstone Mountain in the far background:

My Arctic travels surpassed my wildest expectations. I absorbed Arctic-wild into my being and my novel, Naked is busy writing itself new chapters in my subconscious.