The MET, NYC: Visiting the MET is like a trip around the world, in a time machine.

Above is a replica of the 1718 principal bedroom in the Palazzo Sagredo (the furniture is the original), Venice, Italy.

My trip to NYC was in late August but since that time my life has been very busy and I haven’t been able to get my final NYC post out to you. I saved the best for last! I am in love with The metropolitan Museum of Art. I kinda knew I would be…ever since reading From the Mixed-Up Files of Mrs. Basil E. Frankweiler by E. L. Konigsburg (at age 9 or 10), I have wanted to visit The MET. The thought of being locked in The MET overnight still appeals to me somehow!

I have been fortunate to visit a few of the biggest and most impressive museums in the world: Le Louvre, The British Museum, The Vatican Museums, The Uffizi, Rijksmuseum, Van Gogh Museum, Museu Picasso, The Victoria and Albert Museum, The San Francisco MOMA and the NY MOMA, The NY Natural History Museum, Museu Dali, are some of the museums I have had the opportunity to explore. However, The MET is my favourite. It is HUGE. I’d need over a month to properly explore it. Mistaya and I did our best to explore it in 1 1/2 days. I’ll share a very small sample of some of the exhibits that caught our eye and that the photographs worked out for—again, a no flash rule so some of the exhibits were just too dark for the photos to work.

The period rooms were some of my favourite exhibits at The MET. As a writer, I like to transport myself to other times and places. To view these period rooms, as though they would have originally been lived in, encourages my imagination to time travel for a moment and experience life in another time.Below are a selection of European and Americans rooms:

Below are some of my favourite rooms. I want to live in a Frank Lloyd Wright designed house! Below is a recreation of the living room of a home he designed.

The African Art section included a sculptures of women from The Congo. Tribes in this region are matriarchal and women represent leadership, power and authority. 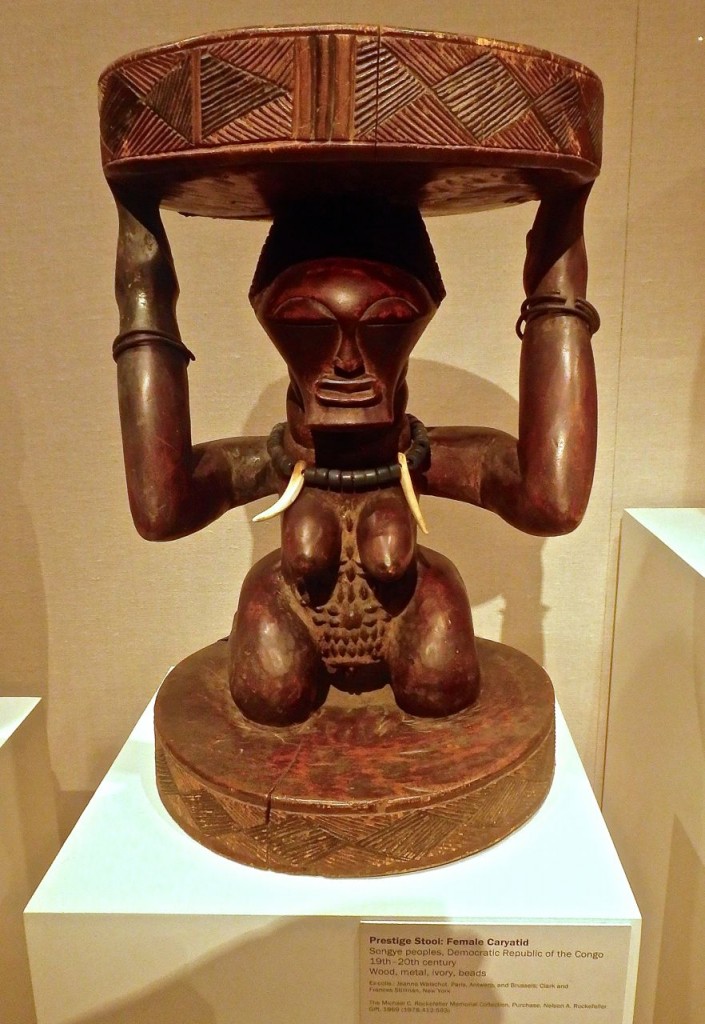 The ancient Greek hair medallion below was of interest to me because I thought of my daughter Tabitha, and her Rapunzel-like head of hair that she often twists into a bun. This medallion would look amazing on Tabitha.

Below are two statues of Hercules with his lion-skin robe. I took these photos for my daughter Pippi as she is fascinated with ancient Greece and their gods. The two Hercules statues would have been included in a courtyard across from one another.

Oil Painting as The MET

The MET holds an enormous collection of famous works (modern and historical paintings). I am including only a very few.

I hope you enjoyed this tiny peak of The MET. Of course, the vast majority of exhibits did not make it into this blog post. If you’ve never been, put The MET on your bucket list and give yourself a good 3+ days to explore.