Life Down Under: Living in Queensland, Australia

We have survived nearly a week in our new home down under. My family is living in Brisbane this fall (spring in North America). Fall in Brisbane is absolutely tropical— temperatures in the low 30s with much humidity: HOT, HOT, HOT! I love it. The only way I can tell it is fall here is that all of the retailers are putting out their new “Winter 2017” lines, which is ridiculous, by the way. Who needs wool coats and toques in 30 degrees Celsius?

Fall is cyclone season and we survived flying into one on the way here (the most terrifying flight of our lives). Also, on Thursday (Aussie time), Cyclone Debbie will hit Brisbane. She spent her cyclone fury on the Northern Queensland coastal towns and will roll into Brisbane as a severe weather system. 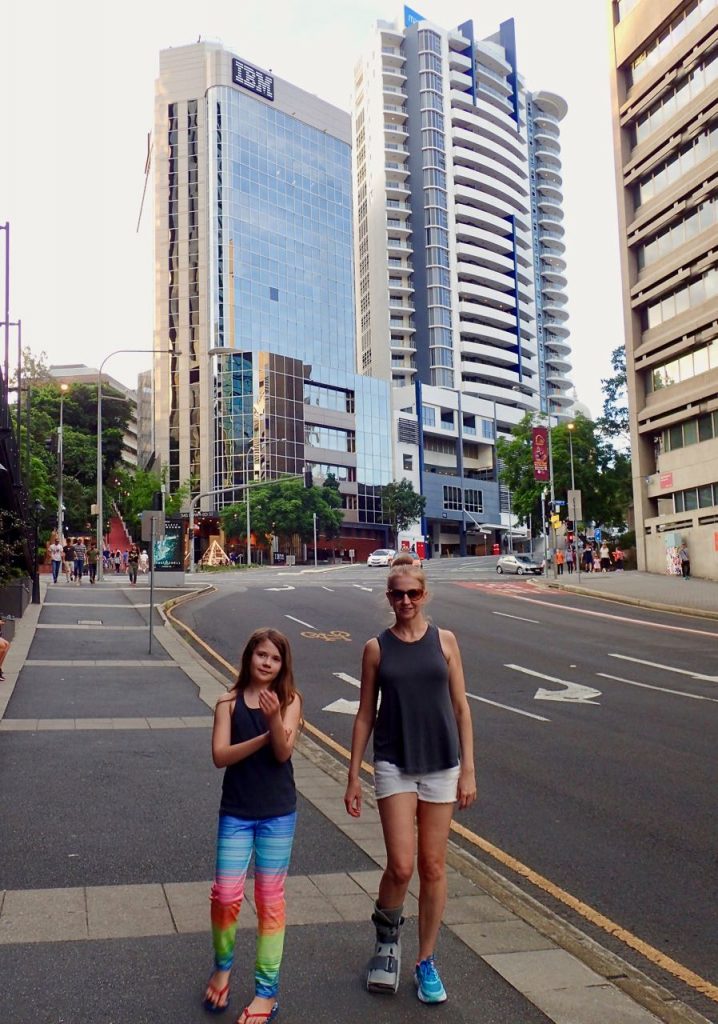 We are living smack in the centre of down town Brisbane (historical Central Train Station is on our doorstep) in a modern high rise. Thus, we are living wild & urban in Australia; though, on the weekend we head into the wilderness or to the ocean beaches on the Gold and Sunshine coasts to experience true nature.

The beauty of urban Brisbane is that there are tropical trees and flowers, lizards, wild turkeys and tropical birds everywhere so we feel connected to nature is small but important ways. I love the wild turkeys and lizards. They are literally like our city pets. They live in the park next to our apartment building and they also live at the University of Queensland, St.Lucia campus. The campus is gorgeous: tropical plants, birds and classical stone buildings.

Peter gets to see them all day while he’s at work (he received a scholarly fellowship at Queensland University; hence, the reason we are living in Brisbane this season. Also, our eldest daughter just returned from Europe [she is on a gap year from university] and we are so happy that she could join our family and we are all together once again).

Now that I have provided a little context to our living in Australia, I will launch my first official blog post from down under:

Life Down Under: The Lone Pine Koala Sanctuary 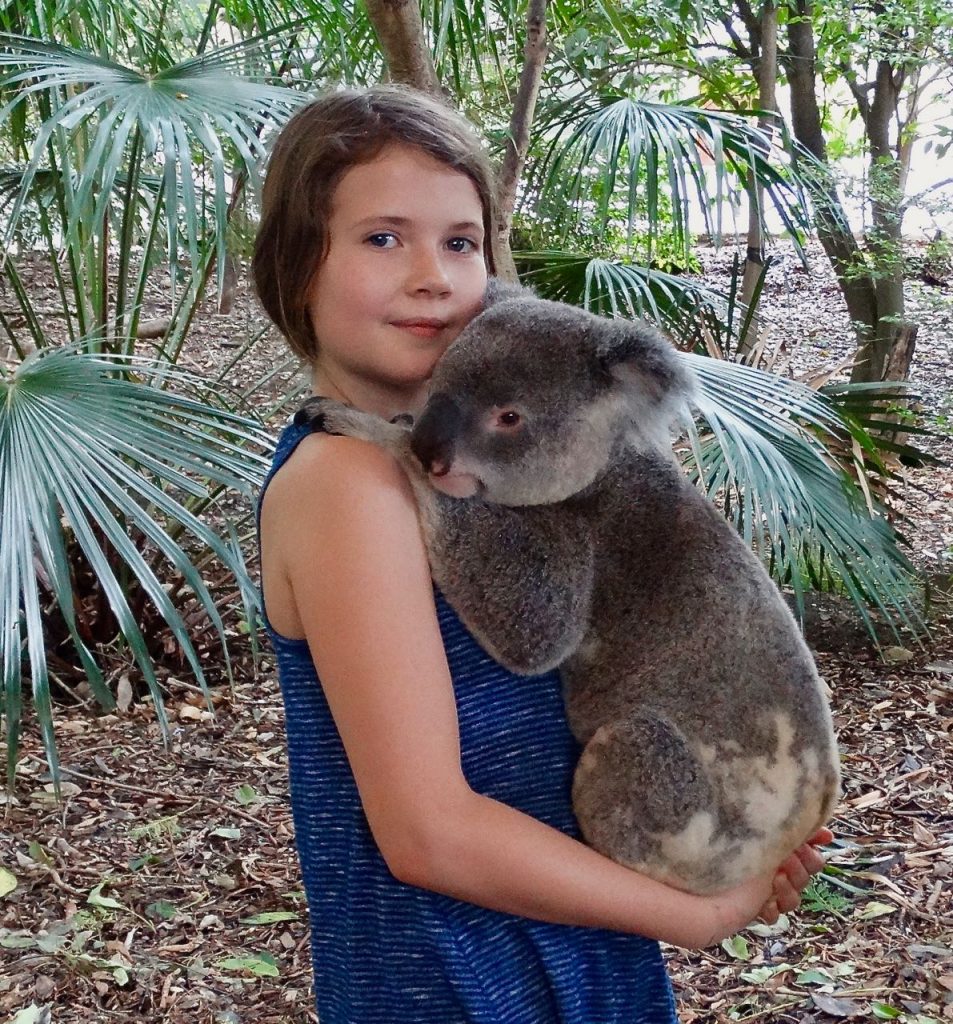 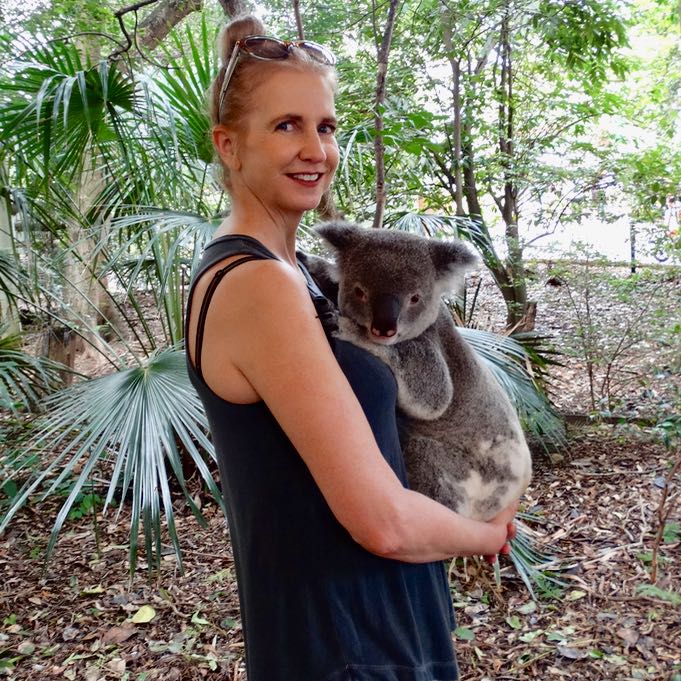 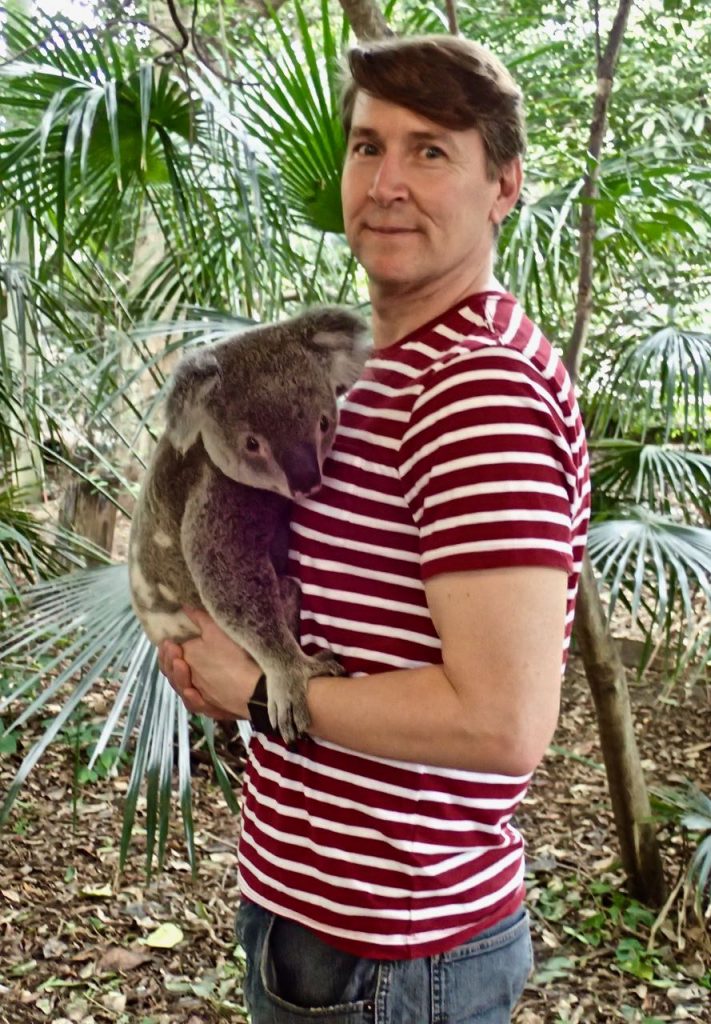 I will let the pictures speak for themselves. All I will say is that yes, holding a koala bear in person is even more thrilling than it looks. They are perhaps the most adorable of creatures.

The pictures below capture a few of the precious poses koalas strike while resting in the eucalyptus trees at the sanctuary.

The Art of Looking Irresistibly Adorable while Napping 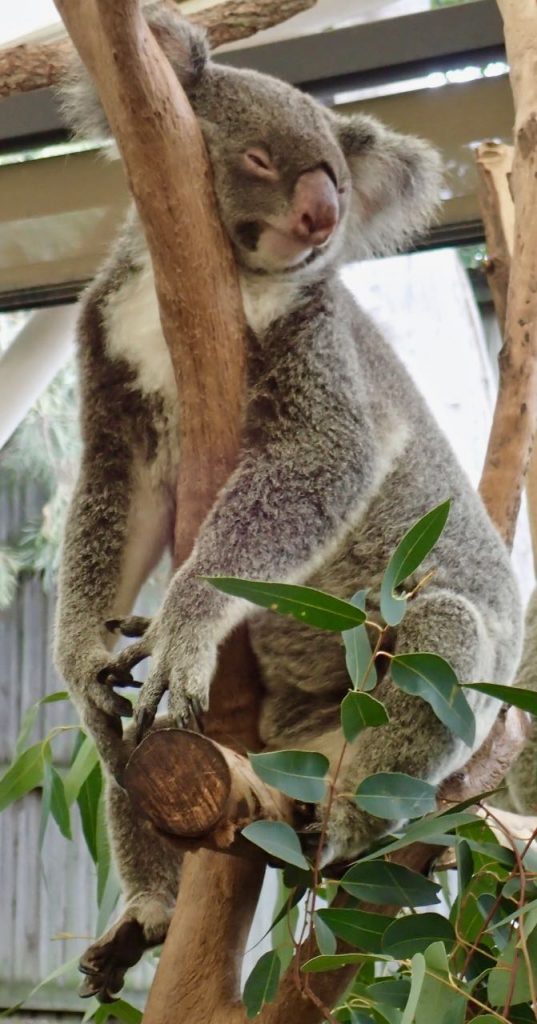